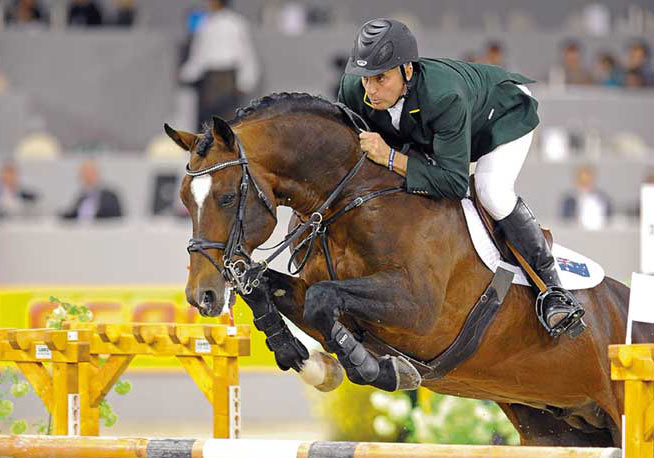 Imported from Belgium to Australia as a three year old, exported back to Europe at a 12 year old. Does not carry the chestnut gene.

Vivant is no accidental athlete. He combines the best of French bloodlines on the sire's side and classic Belgium on the dam's side. He does not appear to carry the chestnut gene.

DAM: SCALINI VAN DE HEFFINCK -- jumped 1.40 herself before producing Vivant and two full sisters. She is by Landino, another 1.60 jumper, by Landgraf . Her damsire Hedjaz is also the damsire of Otteronga, 4th individual at the Sydney Games and Sapphire – a superstar under Maclain Ward.

Vivant’s pedigree contains many valuable crosses to legendary thoroughbreds, so it’s no surprise that he is producing eventers as well, the standout so far, being Virgil and Shane Rose. Full pedigree here.

Standing at Chris and Helen Chugg's Diamond B Farm in New South Wales. Find them on Facebook @DiamondBFarm.