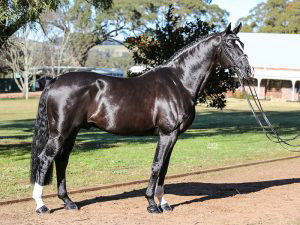 Robbie, as he’s known at home, has a super temperament. He stands at 167.5cm, he’s European born, he's competed to Grand Prix, he’s Hanoverian licensed, his fertility is excellent, he is WFFS negative and his stock in Australia are just divine!

Royal Oak II is by Royal Olymp, by the best son of Rubinstein – Rohdiamant – out of a mare by Florestan. Add to that on the dam line, the best son of Weltmeyer, Welt Hit II, and you have a magic recipe for dressage excellence.