The Hay family imported Centavos as a young colt from Germany. Claudia Hay has patiently developed him over time and in 2015 he won the Olympic Cup at the Horse of the Year Show in Hastings. They went on then to represent New Zealand in the Nations Cup Team in Wellington, Florida. Subsequently he returned to NZ via Kentucky – where he was approved for licensing in Oldenburg, SBS and Hanoverian Studbooks. He had some time off after his return then in 2018 Claudia returned to the competition arena – with just 3 World Cup rounds, rode in the final and came 6th in the class and 9th overall. He jumped in the Olympic Cup at the Horse of the Year show in March where he came a very close 6th and in spring 2019 he has had just one World Cup start where he came 3rd.
His filly Everlast, out of Inaninstant xx by Danske xx bred by Janet Harre of Pio Pio was Gold Medal awarded and top jumping bred foal of the 2017 Verband inspection tour. Espresso PSH was also awarded a Premium Foal award in the 2017 Verband Tour for breeder Nicolette Rendle 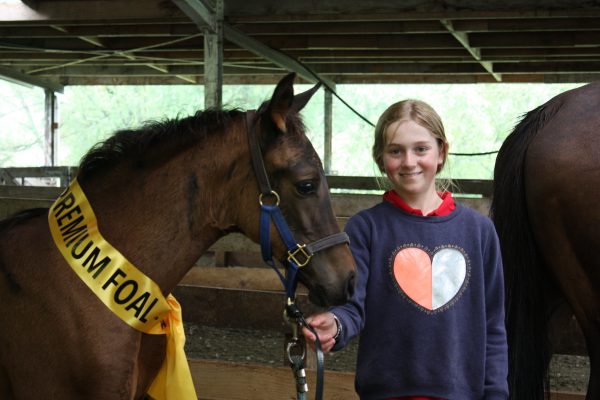 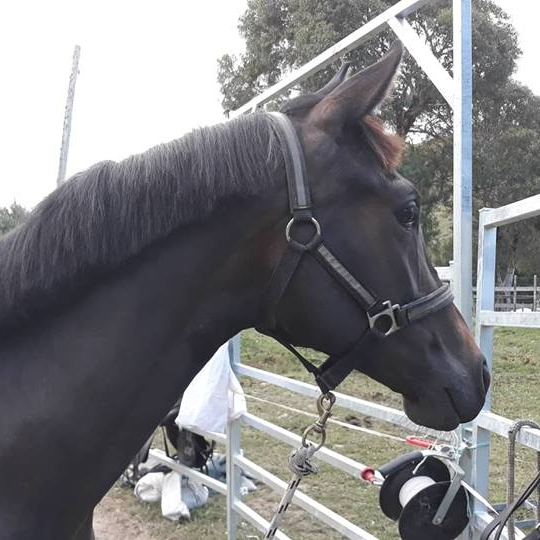 Espresso PSH (Eurosport Centavos/Stolzenberg)
During the 2015 tour with Dr Ludwig Christmann saw a selection for Centavos foals and declared them very typey and correct.
His progeny are doing him proud in show jumping and eventing and whilst not all Hanoverian registered – due to the timing – they need to be celebrated along with him as he started another season here in New Zealand as a World Cup competitor and as an ESNZ Show jumping Development squad member. Claudia has recently pulled out of the squad due to busy Stud and riding commitments. Progeny – would have been eligible for registration had he been licensed – and many are also related to or out of Hanoverian studbook mares - horses that are in the Studbook.

Eventing
Current New Zealand star is Acrobat from a Grosvenor xx mare. B. Kate Bird. He came 2nd in the 4* in the December 2019 Puhinui three Day Event following on from a 5th at Rotorua trials 3* and a 2nd in the Taupo 4* the following start. They are on the long list for Tokyo Olympics with rider Monika Oakley. 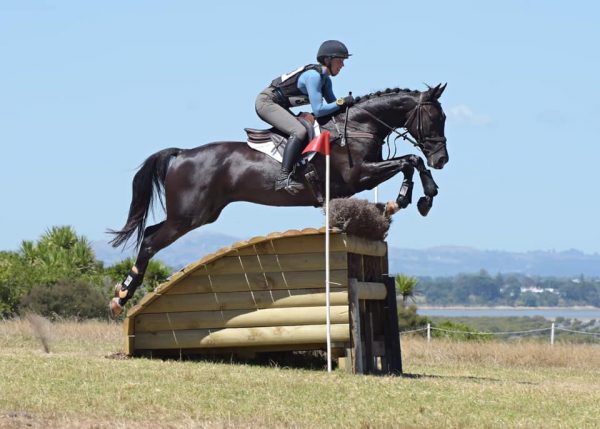 Acrobat (Europsort Centavos/Grosvenor xx)
In Disguise - out of Flowgate xx (Trustful xx) B. Janene Maxwell and Jean Johnstone (exported to the USA). Puhinui and National 1* Champion in 2017 and other National titles as 5 yrs. Sold overseas.
Centavino – out of Emmadale (Anziyan xx). B. Deborah Parry. Age group eventing star and a 1* and 2* winner in 2018 with Kathryn Van Tuyl.
Centennial – out of Make You Look xx (Moonwalker xx) B. Sonya and Tayla Mason. Placed at 95cm eventing and Age Group show jumping and more recently CCI 3* Now he’s in Europe and did very well in the CCI3* in Camphire, Ireland recently ridden by Tayla. 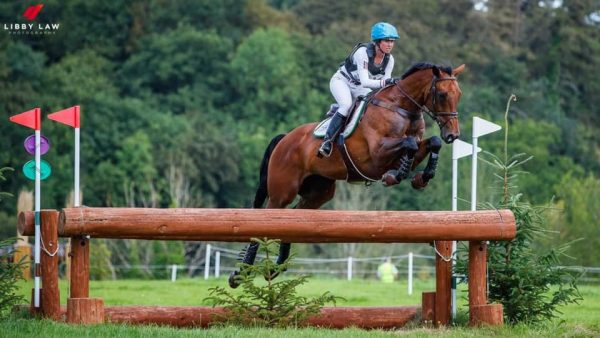 Show Jumping
Eurosport Centavos has 8 horses that have or are currently competing at premier League level.
Central Park – out of Silk and Spice xx (Omnicorp xx) B. Imogen Neale – a current Hanoverian breeding member. Silk and Spice xx is a Hanoverian Studbook mare. Current 2* eventing star Aramis (B. Angela Lloyd) is his half-sister by Anamour. 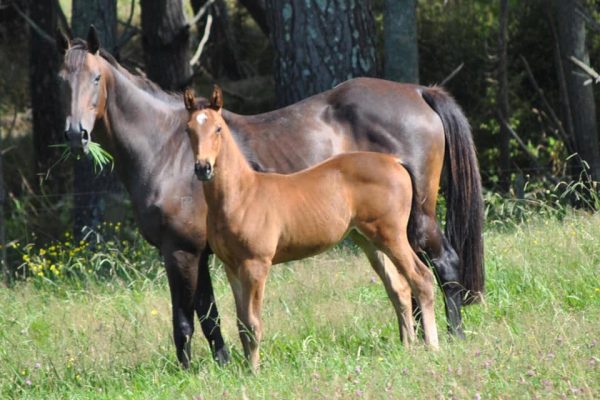 Central Park (Eurosport Centavos/Omnicorp xx) - as a foal.
Central Park excelled in the 7-Year-Old Jumping Series in 2018-19 and was second overall. He has now stepped up to 135 – 140 classes with rider Maurice Beatson
Vali – out of the studbook mare Gaddadream (Dream Boy/Genius) B. Dr Michelle Logan, also a current Hanoverian breeding member. Noe competing in the Premier League - and former Age group star at 5 and 6 years and 5th overall in the 2018-19 Series.

Corfu out of the Aberlou mare Sabertage xx is doing fantastically well in Australia with rider Sam Morrison. B. Piquet Hill Equine (Prue and Jame Jackson) 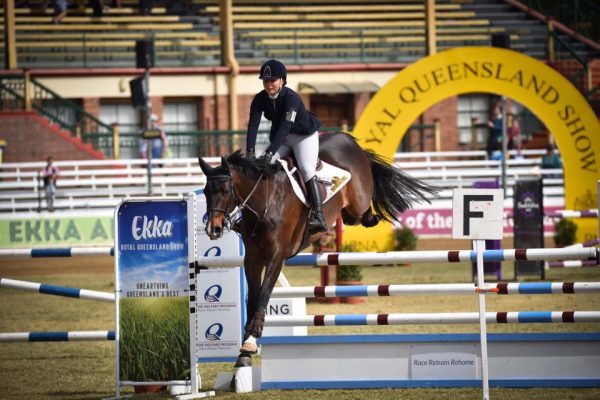 Corfu (Eurosport Centavos/Aberlou xx)
Lavanda – out of Dare (Distelfink/). B. Liz Stewart. Dare is a full sister to Hanoverian Pre-Studbook mare Duchess LS owned by Anne Marie Morgan – another current Hanoverian breeding member. Lavanda is a showing and show hunter champion
There are many others currently competing successfully at the Age Group show jumping level and higher that would have been eligible for Rheinland registration had there been the possibility at the time.
Daniel and Chrissy Webb have a stable full of successful competition horses and many youngsters growing up on their large Hunterville farm. Cardo out of a mare by his successful jumper Abenaki Chief and Centaur out of a San Luis xx mare – feature in the GP Series Leaderboard. Astros (out of an Anamour mare, Anasazi) and Quintecential B. Cherie Cournane both feature in the 5-year-old and 6-year-old series. 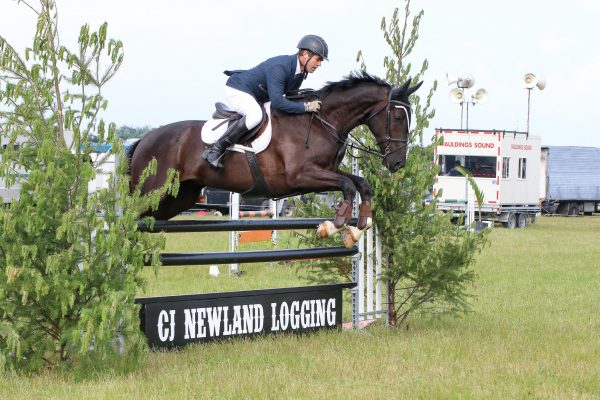 Astros (Eurosport Centavos/Anamour)
Others in the Series leaderboards are Centamental our of a TB mare She Sells Sea Shells xx with Sam Peters in the 6 year olds and My Centastage with Charlie McLean in the 5 year olds. B. Steve Kellow.
Other good examples are Double J Breeze On (out of a Voltaire II mare). B Robyn and Wendy Jacobs. Centaroc (out of Roc Dec) B. Amy Williams, Vitess (out of a Distelfink mare B. Sarah Milne 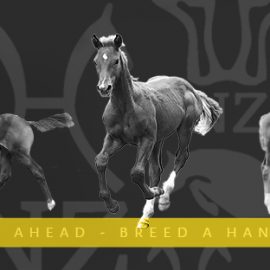 Be Steps Ahead of your competition – Breed a Hanoverian or Rheinlander 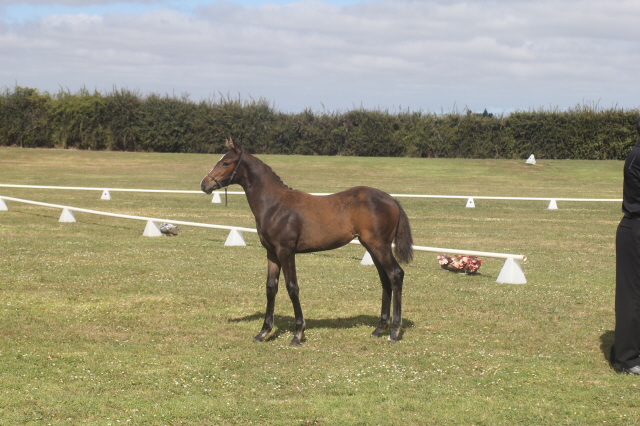 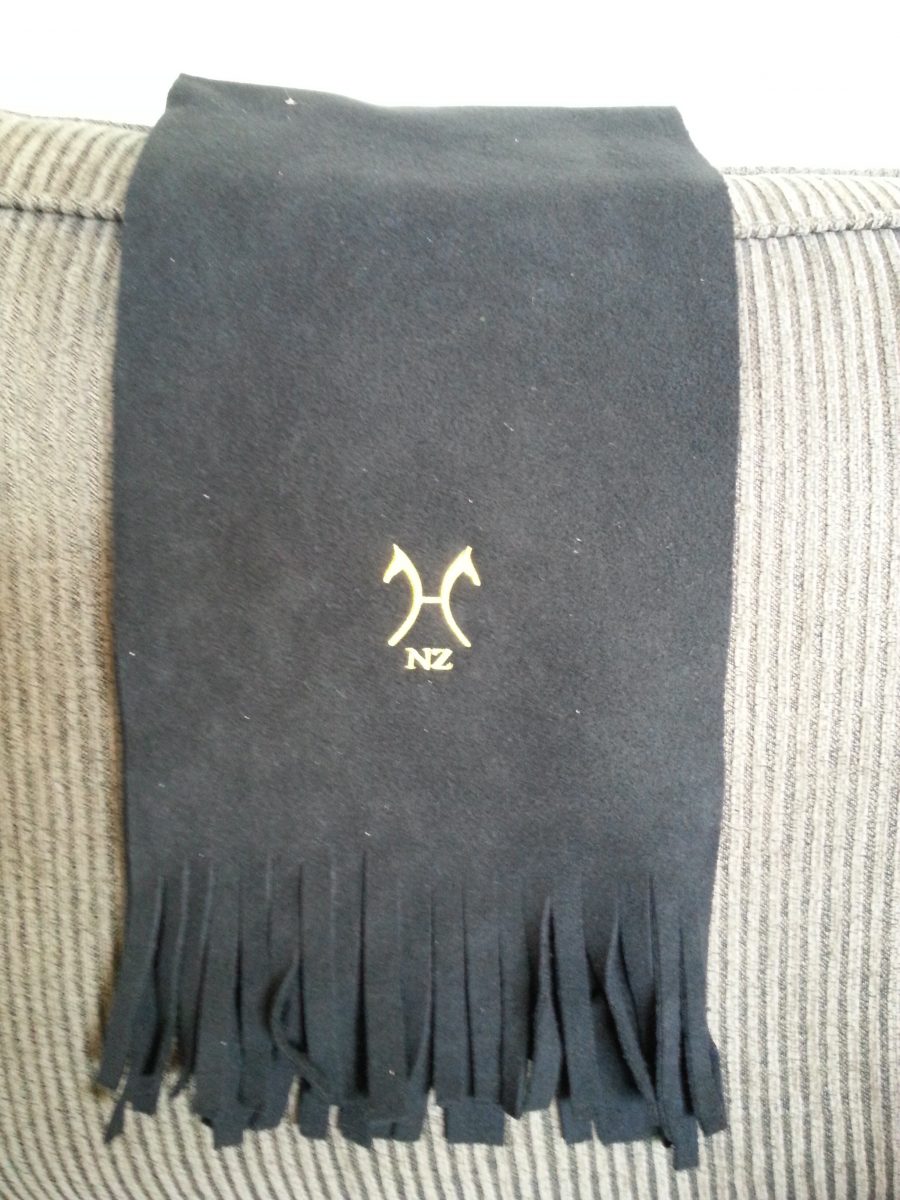