Thanks to Sally Reid who produced this story for World Breeding News.

This season’s Dressage Waitemata Championship Show in Auckland saw the Verband motto “Erfolg in aller Welt” (“Success all over the world”) in living, breathing action, and was and a glowing endorsement of the skills of long-time breeder Judith Matthews. Horses from her Matthews Hanoverians stud won a fistful of titles, including the Grand Prix, Freestyle and overall championship.

Another top prospect from Matthews Hanoverian, the mare Belladonna MH (Brentano II – Grandessa x Gymnastik Star) won the Level 7 title at Waitemata for owner/rider Julie Flintoff. Belladonna was 2017’s Level 5 HOY and is looking supremely competent as she moves up the grades. 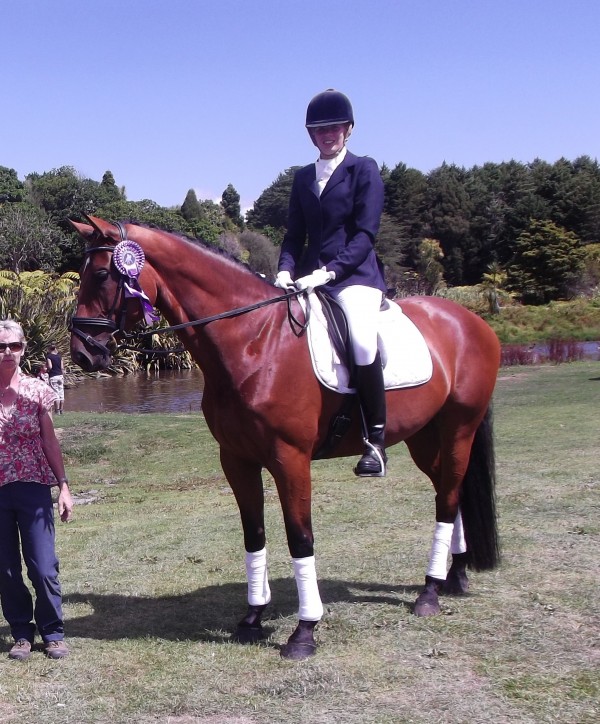 The Level 6 champion was Decadance MH (Dacaprio – Adelheid x Anamour) who has won a fabulous number of titles in her short career, including NZ Performance-bred Mare of the Year as a 4YO in 2014, and 5YO Dressage Champion in 2015. Decadance won both the PSG and Freestyle at Waitemata; she is owned by Judith Matthews, who gave the ride to Wendi Williamson after the untimely death of Dejavu. Decadance MH is a half-sister to both Dejavu MH and Don Amour MH.

With a score of 9, Fanfare MH, her dam Danzare MH and full-sister Felize HM (born 2015), were New Zealand’s top mare family at the 2017 classifications. Danzare (now deceased) received an overall 8 for her own classification in 2013; she was out of an imported St. Pr. St. mare, Wel Kantje (Weltmeyer – Pikantje x Pik Bube), bred by the Baumgart family of Shwartze Hof in Verden.

Matthews Hanoverians are also doing well in the jumping rings, with two particularly notable performers. Both of these are mares: one is Melody Matheson’s super-impressive nine-year-old Graffiti MH (Graf Top I – Elodie x Earl), who is lying second-equal in the Grand Prix series and has had wins at World Cup level. The other is the lovely young Enya MH (Edward – Grandessa MH) who is currently 10th in the 6YO series and looking terrific, also in the hands of Melody Matheson. She is showing huge scope and a beautiful bascule to her jump, and in fact was the top jumping foal of her year. Dr. Christmann’s description of her after 2013 Hanoverian Tour was, “Highly elegant with very good gaits… pedigree is very versatile, with lots of jumping blood but sire Edward stands out as a dressage horse himself. So we were not sure whether this filly should be classified jumping or dressage.” Jumping it is, and Judith Matthews is retaining ownership of her for the stud. 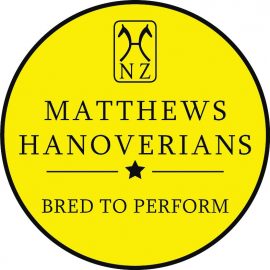