Two bright stars are shining in 2017 – Dejavu MH,  in American and European dressage, and Clifton Signature, winner of this year’s CIC 3* at the Barbury International Horse Trials in England.

Both are New Zealand-bred Hanoverians.  They are the latest brilliant  performers in the Hanoverian breed which, after 40 years since the first registered Hanoverian stallion came to this country, has emerged as New Zealand’s  top sport horse breed.

Dejavu MH, ridden by his owner Wendy Williamson of Auckland, was bred by Matthews’ Hanoverians near Kaitaia. He was a creditable sixth in the FEI  CDI Grand Prix Special at Hartpury Festival of Dressage. He is by DeNiro  and out of  a Weltmeyer mare. Clifton Signature (previously named Stoneylea Elessar) is by Espri PB out of a New Zealand Thoroughbred mare, Happy Melody xx. He was bred by Angela and John Smith at Waiuku, and is ridden by top English eventer William Fox-Pitt.

After starting on just a small scale back in 1977, things began to move quickly. By last year the New Zealand Hanoverian Society was really excelling with competition horses. And like the German Society, last year it established  and integrated the Rheinland studbook here in New Zealand.  Vom Feinsten (Fidermark/Weltmeyer), a registered Rheinland horse, represented New Zealand in dressage at the Rio Olympic Games with his owner/rider Julie Brougham from Palmerston North.

New Zealand bred Hanoverians  themselves, had already hit those heights. Back in 2000,   New Zealand was represented at the Sydney Olympics with Waikare ( Witzbold/Rocky Mountain xx) ridden by Kallista Field and then at the Athens Olympics in 2004  with Gabana (Genius/Winnebago)  ridden by Louisa Hill in dressage. Louisa Hill also rode at the London Olympic Games in dressage on Antonello (Anamour/Winnebago).  Bago (Winnebago/Whakapirau xx) was a New Zealand show jumper years before at the Seoul Olympics with Mark Todd and Super Moth (Distelfink/Little Brown Jug xx) with John Cottle was also an outstanding showjumper. Monopoly (Witzbold/ Abridge Member xx), was rated in the top 20 showjumpers in the world and was in the Canadian team at the Barcelona Olympics. 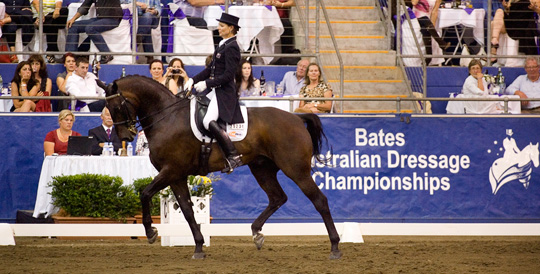 Over the past 10  years, success came thick and fast. By last year there were no fewer than 70 Hanoverian competition winners listed.

KH Arvan with rider Vanessa Way, began to be noticed in our top dressage competitions in 2007.  He was by the imported Hanoverian stallion, Anamour. Another horse by this stallion was also being noticed – Winter Acacia with Marlborough rider Laurel Cross. This mare won the New Zealand Prix St George International Challenge. In the following years other Anamour progeny were being noticed - All Black,  Aristoc, Ashanti  and more recently  Avante Garde in dressage. 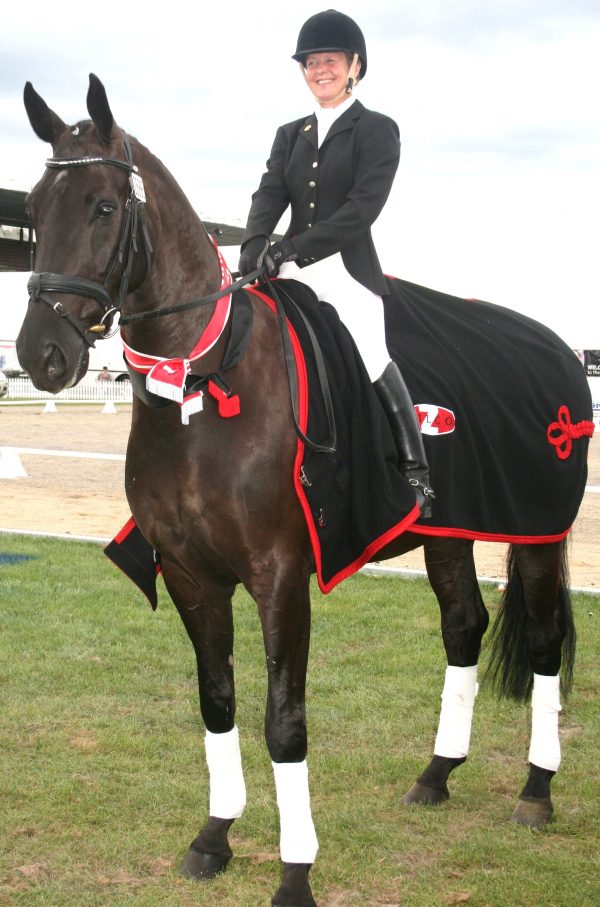 In eventing Henton Attorney General, and Henton Executive and Henton After Dark were  winning. They were bred by Bridget and Dave Sutton at Pukekohe. At the Limit, Gymnastic Showdown and Lexington were top performers  also being noticed in eventing competition.

In the meantime new Hanoverian- approved stallions were arriving in this country. They were Dream Boy, Limonit, Royal Mirage W, Prestige VDL , Worldly, Swarovski, Landro L and Doringcourt. Breeders with classified mares could have their progeny  branded with the valuable world-recognised Hanoverian brand.

Domino MH, Dream World MH, Donnergrollen,  Dancealong  all by Dream Boy, were being noticed in dressage. Limonit progeny are also winning as they begin their competition careers.

Now with frozen semen being used, a much wider breeding pool has meant broadening  the range and numbers of top, registered performers that can be accessed.

Every two years a representative from the German Hanoverian Society visits  New Zealand  to inspect breeding progress and to classify stallions outside the Hanoverian breed that can be accepted into the breeding programme, especially for showjumping. There are more to be seen each year as  increasing numbers of foals are born into the Hanoverian family.

The spark for it all was lit back in 1977,  when  Kalman de Jurenak, an internationally famous trainer who had come to live in New Zealand, looked at the sport horse scene and saw the gap. He decided there was a need for Hanoverian blood, the best in the world,  to enhance the performance of our competition horses.

Kalman de Jurenak  invited senior Hanoverian leaders from the German Society to come and look at our outstanding thoroughbred mares and our healthy environment. The result was the formation in 1977, of the daughter society in New Zealand  and the beginning of the importation  of classified Hanoverian stallions that could be bred with very carefully chosen thoroughbred mares.

The great stallions Winnebago, Witzbold, Distelfink, Allermund, Genius and Dynamit were brought to our country over those early years. They produced winners and  have been the foundation of today’s breeding programme.

Featured image is that of the original Stallion - Winnebago (Winnetou/Wulf) 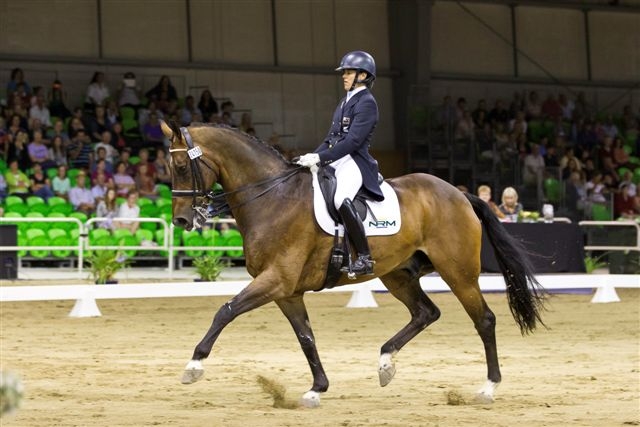 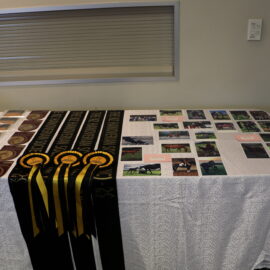 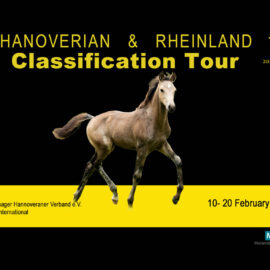