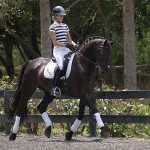 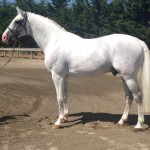 It was very exciting to be able to inspect two older stallions who have met their Performance criteria as laid down in our Bylaws.

Firstly, in Dairy Flat north of Auckland City, we visited the home of Ron, Sally and Andrea Bank at their North Park Equestrian establishment and were spoilt with a very delicious lunch before the inspection.

Doringcourt Imp. is a black stallion – by Dressage Royal (Donnerhall/ Rubinstein) out of the Gleuckspilz mare Gazelle ( Diadem/Malachit dam line)  - earned his right to be presented through his dressage performance. The  Commission consisted of Dr Ludwig Christmann, Angela Smith BVSc. and Robin Potter

He was presented very well in hand by Andrea’s partner , then ridden in the riding test by Andrea to show the basic gaits. The test rider Leonie Bramall showed that he was well schooled in the St Georges work by asking some movements from that level.

Ludwig particularly liked the head and neck and gave a good mark for type and for the walk. He was presented beautifully as you can see from the photograph.

The second presentation took place 3 days later in Te Horo on the Kapiti Coast at the yard of Xtreme Performance Stallions –where we were hosted by Sharlene Workman and Jenny Booth. The jumping arena is huge and was well presented with the jumps set up and a free jumping lane on the eastern end.

Cassiano Imp. is a grey stallion by Cassini I (Capitol I/Caletto II) from Zivia (Calypso II/Maestrose/Felipe). He is already a licensed Holstein stallion – and he qualifies through his show jumping performance in Europe and also from the fact that he qualified for the Bundeschampionate to e licensed for Hanoverian mares. The Commission consusted of Dr Ludwig Christmann, Mr Eric Ropiha ONZM and Robin Potter

Cassiano was brought out to meet us and stood up for inspection then shown in hand. He was quite lively and very beautiful. His front end is very good and he is a good type and has good qualities.

His riding test was carried out under well known show jumping rider, Vicki Wilson and he showed himself off favourably under saddle.

Next we saw him jumping some fairly useful fences with a calm attitude and very good technique. He had not been in competition for many months but his talent for jumping is impressive – his temperament also impressive.

His licensing is pending ratification of veterinary reports. 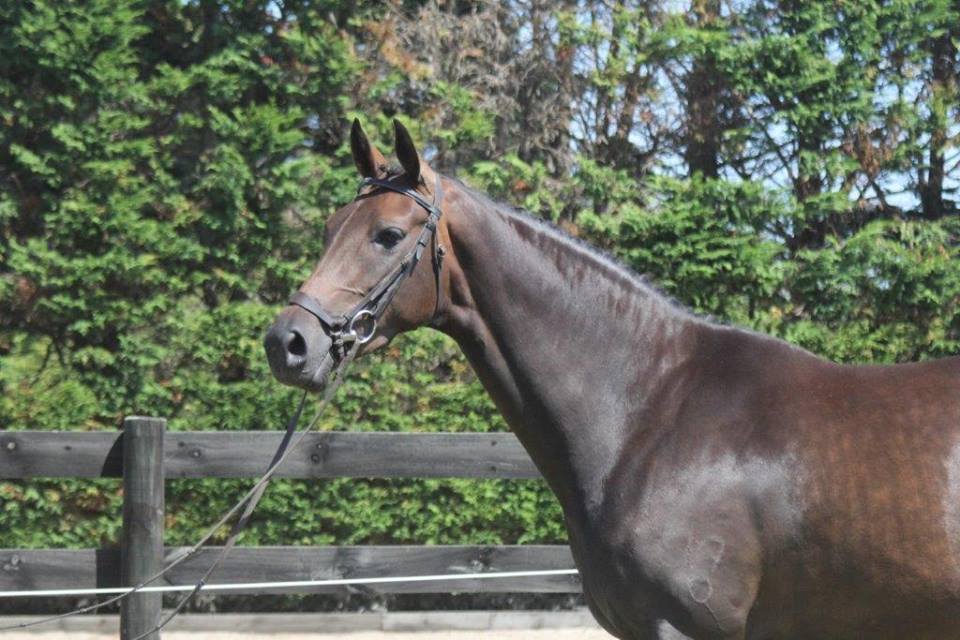 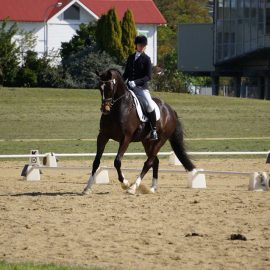