Participating in the delivery of your new foal can be an exhilarating and nervous time for any broodmare owner. Understanding what is normal during foaling and when to seek assistance during or after foaling are the keys to ensuring that both your mare and foal survive the event safely. What is normal?
The normal gestation length for a mare is 340 days, however this can vary considerably and can range from 315 to 400 days. It is certainly not uncommon for mares to carry their foals beyond 12 months of gestation. The gestation length also varies with season; mares foaling earlier in the season tend to have a longer gestation than those foaling later in the season. This is probably nature’s way of ensuring that the foal is delivered during the optimal time for warmth and grass growth. Udder development usually starts 3 to 6 weeks prior to foaling but may occur earlier in maiden mares. Udder development prior to this may indicate that the mare is going to abort the foal. It is a good idea to get your vet to examine your mare if she develops an udder more than two months away from foaling. This is because some of the causes of abortion such as placentitis (an infection of the membranes surrounding the foal) can be treated to avoid loss of the pregnancy.

Signs that foaling is imminent
Predicting when your mare will foal can be very difficult. The two most commonly used indicators are softening of the ligaments around the base of the tail and “waxing-up”. Waxing is the appearance of beads of wax-like material on the ends of the teats. This wax is actually colostrum, which oozes from the teats in the last few days of pregnancy. Waxing occurs in about 95% of mares 6 to 48 hours before foaling, however it can also occur several days before foaling or sometimes not at all. Other tests that are sometimes used to predict foaling in mares are testing of the chemical make-up of the milk and a drop in body temperature the day before foaling. Neither of these methods is reliable for accurately predicting the day of foaling. Nearly all (86%) of mares foal during the night, with most mares foaling between 10.00pm and 2.00am. Again, this is probably nature’s way of ensuring that mares foal at the safest possible time in terms of risk from predators. There is a saying, which goes “the foal determines the day, the mare determines the hour”. What this means is that the mare can delay the birth of the foal for several hours. This is most likely to occur when the mare is stressed such as by being moved into a strange environment.

Labour: the first stage
The actual process of foaling is divided into three stages. The first stage is characterized by obvious changes in the mare’s behaviour. She will become restless, often walking the paddock aimlessly, she may show signs of colic (intermittent lying and standing, pawing at the ground, rolling) and may have patchy areas of sweating, especially over the shoulders and flanks. Inside the mare during this time the foal turns from its normal position of lying on its back to one where its backbone is next to the mare’s backbone with its head facing towards the mare’s tail. The cervix begins to dilate and the uterus begins to contract. First stage labor ends when the membranes rupture (“waters breaking”). On average, first stage labour lasts about one hour but can range from 5 minutes to 3 hours. First stage labour lasting more than three hours can indicate a problem, and the mare should be examined by a vet immediately.

Labour: second stage
The second stage of labour is the period when the foal is actually delivered. It is characterized by strong abdominal contractions and the appearance of the foal’s feet at the vulva. Most mares foal lying down and they should not be forced to remain standing during delivery if it is progressing normally. The white membrane (amnion) that surrounds the foal should appear at the vulva within 5 minutes of the waters breaking. One foot usually appears 5-10cm in front of the other foot and the soles of the feet should be pointing downwards. The foal’s head normally rests between the knees. Second stage labor should take less than 20 minutes. Virtually all foals (98.9%) are delivered with the front feet and head first (anterior presentation), 1% of foals are presented in posterior presentation (breech) and 0.1% (1 in 1000) are found in a crossways presentation.
Both posterior and crossways presentations are abnormal and veterinary assistance is required immediately.

Should you foal your mare at home?
One of the most important decisions you will face as a mare owner is deciding whether or not you should foal your mare yourself. In comparison to other domestic animals, parturition in the mare is a rapid event. There is little time for errors and when things go wrong, it can be disastrous for the mare and/or foal. It is a fact that 95% of mares foal unaided with no complications, however that leaves 5% (1 in 20) mares that will experience difficulty. The decision will be based on several factors such as: your experience, facilities, proximity to veterinary assistance and value of the mare and foal. Mares need to foal in a clean, safe paddock away from other horses. If you can’t separate your mare from other horses or if you live near a busy motorway, your mare is unlikely to settle properly during foaling. Any delay in the normal progression of labour could lead to complications, which jeopardize the life of the mare and/or foal. Having experienced veterinary assistance close at hand is another vital component to ensuring a successful outcome. If things go wrong during foaling a matter of minutes can mean the difference between life and death.

Often the safest option for your mare is to send her to an experienced stud or horse person for foaling. Most farms that foal a reasonable number of mares provide 24 hour a day monitoring with veterinary assistance only minutes away, which ensures the maximum chances of success.

If you do decide to foal your mare at home you need to consider the best option for monitoring your mare’s impending delivery. Given that it is very difficult to predict when a mare will foal you could end up with many sleepless nights if you decide to stay up during the night when you think she is going to foal! One of the best methods is to use a “foaling alarm”. There are several different types of alarm on the market, but one of the most reliable is a transmitter that attaches to the mare’s head-collar. When the mare lies flat-out for a prolonged period the transmitter sends a signal to the base unit (which can be situated in your bedroom) and the alarm sounds. These foaling alarms can produce a “false alarm” if the mare is simply lying down flat but not actually in labour. However, it is better to be “safe than sorry” and a false alarm is better than no alarm. Foaling alarms can be expensive ($1800+) and it is sometimes worthwhile buying an alarm with a group of friends or neighbours to help share the cost.

What you should do during foaling?
Be prepared! It is a good idea to assemble all you will need during foaling well before-hand. A foaling kit should include:

Once your mare starts foaling the temptation to rush-in and lend a helping hand is hard to resist. Remember, 95% of mares will foal with no complications and require no assistance at all. Intervening during a normal foaling can do more harm than good; nervous mares (especially maidens) will often stop straining and walk off if disturbed. This could delay the foaling process and put the foal’s life at risk.

There are several guidelines, which can help you decide when assistance is required:

If you encounter any of the above, phone your vet immediately. All equine vets understand the need for urgency during an assisted foaling and will not be concerned if she foals while they are on the way to your place. If in doubt, call your vet. While waiting for your vet to arrive there are several things that you should do: wrap the mare’s tail, keep the mare walking and don’t let her lie down. By keeping her walking she is less likely to strain, which will prevent her from doing more damage if she is in difficulty.

If you do need to perform a vaginal examination on your mare to decide whether foaling is progressing normally, there a few rules that should be followed to avoid complications:

When dealing with a foaling mare, remember that her behaviour changes. Sometimes, normally placid mares can react in an aggressive way towards people – this is a normal protective mechanism. Also, if trying to examine the mare’s vulva, be careful of her back legs; mares will sometimes kick out in response to the pain of foaling.

What to do after the foal is delivered
After delivering the foal most mares will continue to lie-down for 5-10 minutes, exhausted after the effort of abdominal straining. The foal should be sitting-up within two minutes of birth and should stand within an hour. It should be able to suckle the mare unaided within two hours. If the foal does not behave in this way within these time periods, seek veterinary advice.

Both the mare and foal should be watched closely for the first 24-48 hours after birth. Make sure that the mare is eating normally and is not depressed. Signs of colic, depression or lack of appetite could indicate a post-foaling complication such as internal bleeding, uterine infection or peritonitis. The foal should be monitored to ensure that it is feeding normally and is urinating and defaecating. Straining to pass faeces, or signs of colic could indicate meconium impaction, which will need veterinary treatment.

Foaling your own mare can be one of the most exhilarating moments in a horse owner’s life. Being properly prepared and understanding the normal foaling process can ensure that the event results in a healthy mare and foal and a happy owner!

Dave graduated from Murdoch University in 1992 with a Bachelor of Veterinary Medicine and Surgery. He then completed a 3yr residency and Masters Degree in large animal reproduction at Massey University. In 1996 he joined Matamata Veterinary Services where he provides specialised equine reproduction services. In 2001 he became a  Registered Specialist in equine reproduction. In 2002 he was invited to lecture in equine reproduction at Cornell University, New York and was the resident veterinarian at Cornell's Equine Research Park for the northern hemisphere breeding season. He has given numerous presentations on equine reproduction throughout New Zealand and the world to both the general public and the veterinary profession. He has lectured veterinary students in New York, Kentucky, Virginia, Missouri, New Zealand and Australia. Dave is a Senior Lecturer in Reproduction at Massey University. Current areas of research that Dave is involved in are: identifying the causes of reproductive wastage in NZ thoroughbred mares, development of a new intravaginal progesterone-releasing device for oestrus control in mares and using the mare to develop a model for human infertility.

Foaling Your Mare
Tagged on: Breeding

Weaning: More than just separating the foal from its dam 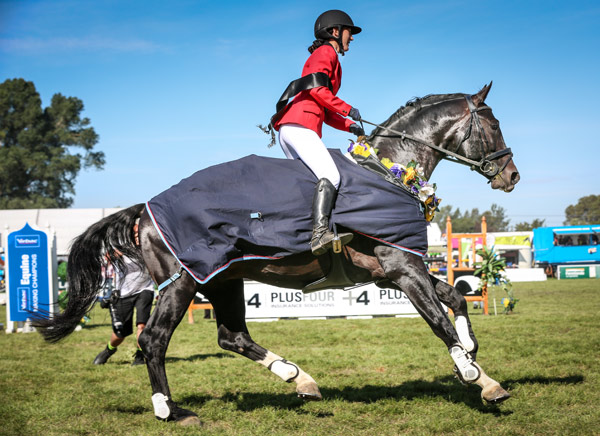 The breeding of sport horses for the Olympic disciplines in Germany